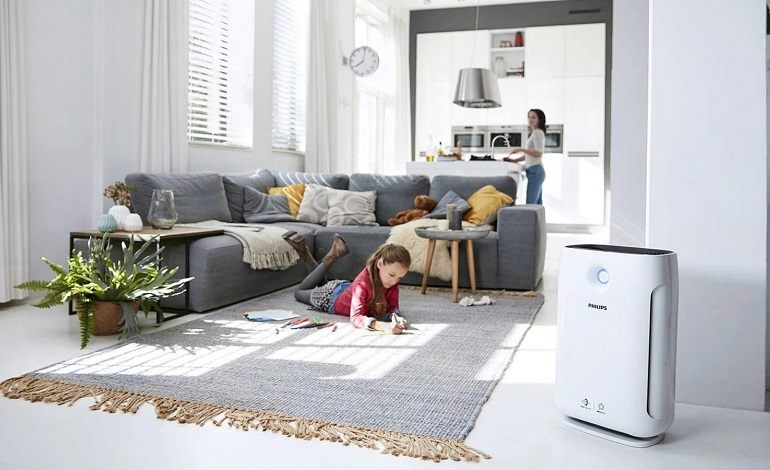 It would be difficult to find a home without its unique smell; however, some smells are not desirable and embarrassing as well. A few smells are different, particularly musty mold smells, pet odor, dirty diaper smells, cigarette smoke, garbage smell, and highly flavored cooking smell.

Do air purifiers remove these odors? You will need to read further to decide whether an air purifier helps remove odors and smells in your house.

Yes, air purifiers do remove smells and odors from the air. A house may accumulate bad odors due to the combined smells from smoke, cooking, garbage, mold, pets, dirty diapers, and other such sources. Air purifiers use different procedures of filtration to neutralize and clean the bad odors that are found in the indoor air.

Any air purifier can remove odors. But, if your air purifier contains an activated carbon filter, it can eliminate even more foul smells, keeping your house fresh and reviving.

Activated Carbon Filters are the most extensively utilized type of filters for removing chemical toxins, odors, and gases from the air. These filters consist of carbon that is usually charcoal.

When charcoal is operated with oxygen, a lot of small pores between the carbon atoms create, allowing the activated carbon for absorbing pungent substances from liquids or gases.

Wide surface areas with small pores of activated charcoal allure chemical toxins, gases, odors, and the pores catch these impurities. In this procedure, chemical molecules and odor bind to the carbon.

What Types Of Odors Do Air Purifiers Remove? 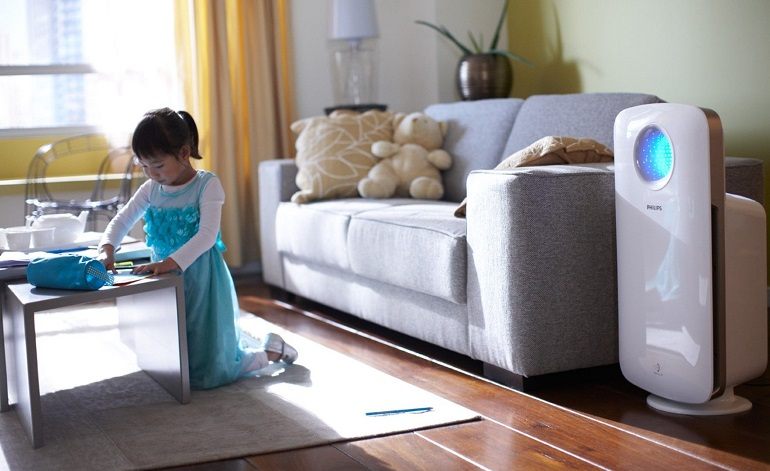 An air purifier can remove all types of odors and smells. However, generally, there are five odors that all households can experience. Let’s discuss them one by one in brief!

Cigarette Smoke: Every non-smoker will consider that cigar smoke is the most unfavorable odor. Unfortunately, this annoying odor is found at home in case one of your family members is a chain smoker. This smoke not just flows with the indoor air but also attaches to your clothes, furniture surfaces, and even your body. Hence, you need an air purifier to get rid of this smoke completely.

Pet Odor: Regardless of how often you give your pet a bath, it stinks inevitably. By nature, pets are smelly animals that continuously shed and fill the house with dander and unfavorable odors. Pet dander can be a nightmare for people having allergies and pet odor in your house can be annoying as well.

To reduce such bad odor, you must bring home an air purifier. If you put an air purifier in every bedroom, your house will smell cleaner. Moreover, you will get rid of some airborne pollutants that make life miserable for people having asthma or allergy issue.

Food Smell: Cooking can be considered another reason for producing smoke and odors in your house. For instance, fried fish is one of the most common dishes that have a lingering and strong odor. Foods having spices or aromatic ingredients may also be bad for releasing odors.

An air purifier will not just help you eliminate the odor from your leftover food but will also help remove other odors in your kitchen. In case you come home after a hectic and tiring day at work and find that your home has a bad odor, turn on your air purifier and operate it on high speed to freshen up the air fast.

Dirty Diapers: Whether you have some kind of diaper disposer or you just throw the used diapers away, there is nothing to make your house smell good. In case you purchase a good quality air purifier, you will be amazed at how much the smell of your house and especially in your baby’s room enhances. Moreover, your baby will be safeguarded against viruses and allergens.

Garbage: Have you ever simply forgotten to throw the garbage away after dumping old veggies or raw meat fat into your garbage bin bag? In case you have ever been so unlucky to encounter the odor of a day-old garbage bag full of old veggies or rotten meat, then you know how tough it can be to reduce the bad smell from the house, even after you have removed the trash bag and washed out the garbage can.

Instead of trying to cover the bad odor using an air freshening spray, you are recommended to utilize an air purifier for trapping the smelly particles and lingering that have spread in the air from your trash can.

As the name suggests, an air purifier purifies the air. No matter what kind of unfavorable smell you presently have in your house, bringing home a good air purifier will not just help eliminate it but also will make the air you breathe fresher and healthier.