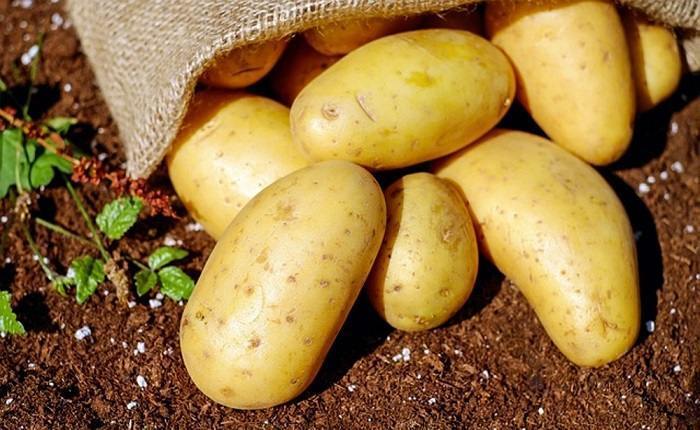 Potato is one of the most used vegetable in every household. From baked potato to much-loved French fries, everything is prepared with potatoes.

Considering that they have such an important role in your daily meal plan, it makes sense to understand that if you stock them, how long will they be able to go before expiring.

Technically the shelf life of potatoes is 3 – 5 weeks at room temperature. However, if you refrigerate them then it can increase up to 3 – 4 months.

However, that’s not all about the shelf life of potatoes. It depends on various factors such as where you are storing them, what is the humidity level and climate of the region where they are stored.

If stored properly at 70 degrees Fahrenheit, potatoes can last for 3 – 5 weeks. The ideal temperature to store potatoes is between 43 – 50 degrees F which is technically warmer than a fridge and cooler than room temperature.

In such conditions, potatoes will be able to last for up to 2 – 3 months. Since cellars and basements are cooler than the rest of the house, these are the areas considered best to store potatoes for longer life.

It depends on the variety of potatoes that how long they will be able to survive at room temperature or in a cellar. Potatoes that have thick skin lasts longer than thin-skinned varieties.

On refrigeration, potatoes can last for 3 – 4 months. However, it is not recommended to store potatoes in refrigerators as they tend to get dark and develop sweet taste as stated in a study by University of IDAHO.

It is not recommended freezing potatoes. Since they have water in them, at freezing temperature, the water turns into crystals that damages the cell structure of the vegetable.

Just like in a fridge, when the potatoes are frozen, they turn sweet. You should rather prefer cutting the potatoes in wedges or French fries and partially fry them. This way, the water part of potatoes will be cooked.

The partially cooked potatoes can be stored in a freezer for 2 – 3 months. By this time, the taste and flavor is not hampered.

Once cooked, potatoes should be stored in the refrigerator. They are edible up and until 3 – 5 days after completely cooking them. Even the boiled potatoes can be stored for a week inside a refrigerator before you can use them.

Tips To Increase The Life of Potatoes 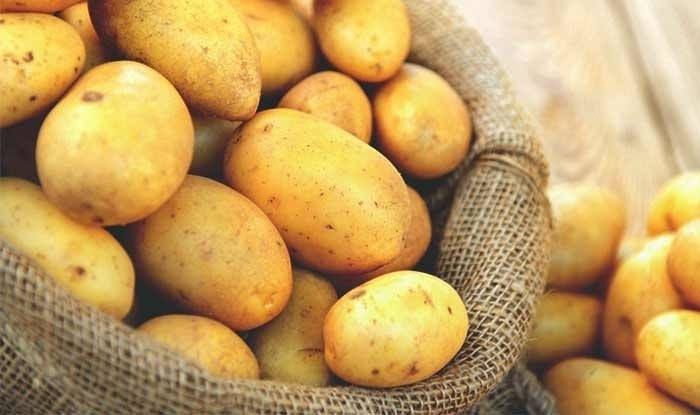 It is important you select fresh potatoes if you expect to store them for a long time. Here are some important tips on picking the right potatoes at the first place:

Mushy Potatoes: Take a potato in your hand and squeeze from all sides to check if it is mushy. The soft potatoes will not last for too long anywhere.

Blemishes and Cuts: The cuts and blemishes on a potato don’t just mean that it will go bad too early, but it is an open invitation to bacteria and germs to inhibit inside a potato.

Smell: Potatoes are grown inside the soil, so they have a pleasant earthy smell. You can also inhale the fragrance of a potato to see if it smells fine. This is another way to indicate how long the potatoes will last.

Sprouted: Potatoes with sprouts are not dangerous to your health. However, they go bad pretty soon. You should only buy sprouted potatoes if you are planning to use them in a day or two otherwise more signs of rottenness will start to appear on it.

Wrinkled: Well, wrinkles on a potato indicate many things. It can be due to mishandling of the vegetable or moisture loss or after storing them in high-temperature place. Such potatoes also get mushy, and they should be avoided if your goal is to store them for a long time.

2. Storing in Cool and Dry Space

Potatoes need well-ventilated spaces that are cool, dark and dry. Exposure to sunlight can produce chlorophyll in potato skin within a few days.

This can result in greening of the skin. While the green skin is harmless, direct sun exposure produce toxic chemical called Solanine. It is bitter and might cause burning sensation in the mouth.

Therefore, it is important to store potatoes away from direct exposure of light not just to increase their life but also prevent accumulation of solanine content in it.

3. No Washing Potatoes before Storing

The life of a potato is completely hampered when you wash it before storing. Moisture can rot the potatoes in no time.

Note: Only wash potato soon before using it.

Wherever the kitchen appliances are set up, that area will probably have high-temperature which is just not good for potatoes. If the potatoes are stored in refrigerators then they will lose their taste very soon.

5. Discard Spoiled Potatoes At Once

Signs If Potatoes Have Gone Bad

It doesn’t matter how well you store the potatoes; they will eventually go bad if not consumed within the recommended time frame. What’s great about these vegetables is that you can easily tell if they have gone bad. Some signs to recognize spoiled potatoes are:

Turning Soft or Mushy: When you can squash potato with your hand without boiling it then it means that it has turned mushy. A soft potato does not have nutrients and should be discarded.

Greenness: It is not uncommon for a green film to appear on potatoes. This is because of high concentration of solanine in it. While it is considered to be safe for consumption on removing the layer of green from it, you should still avoid eating such potatoes for the sake of your health. They might also have bitter taste.

Deep Cracks: Due to rough handling or storage, potatoes usually get deep cracks that acts as an open invitation to fungi and microorganisms. Such potatoes also lack in complete content of nutrients. You should avoid consuming such potatoes.

Molds: You must have notices that sometimes there is a dark brown spot somewhere inside the potato. It is generally referred to as molds. Such potatoes are not good for consumption and should be thrown away.

Sprouts: After long storage, there are times when you will see potatoes sprouting from different places. It is usually when you store them in high temperature conditions.

While sprouted potatoes are considered to be safe for consumption, you should definitely remove the sprouted area before cooking it.

Potatoes can retain their healthy qualities and stay good for use for a long time if you store them properly. Avoid the common mistakes and increase the shelf life of potatoes.