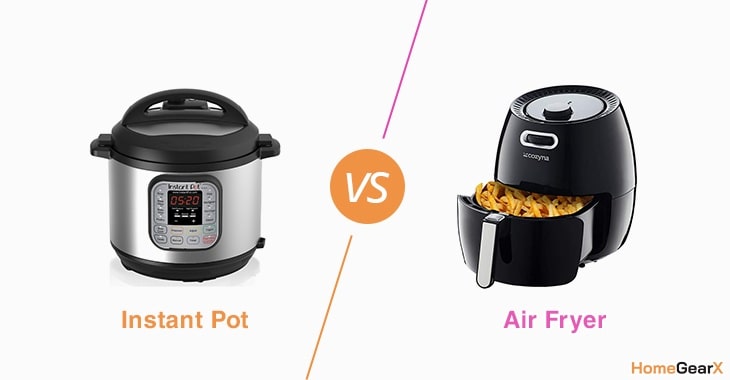 When deciding on a new kitchen appliance to add to your collection, you will need to understand what it can do for you and the value for money that you can get. But even with these points in mind, picking between certain appliances like the instant pot and air fryer can still be hard.

The two are relatively new entrants into the kitchen appliance market but over the years, they have almost become a must-have in many homes, and it is not uncommon to find homes with both.

As much as both might cook fast and more efficiently and look similar in appearance and have several similar features, they will cook using different technologies. Also, each will be ideal for different kinds of foods.

Below we look at their main differences in more detail and highlight the pros and cons of each to help anyone thinking of buying either maker a more informed choice. 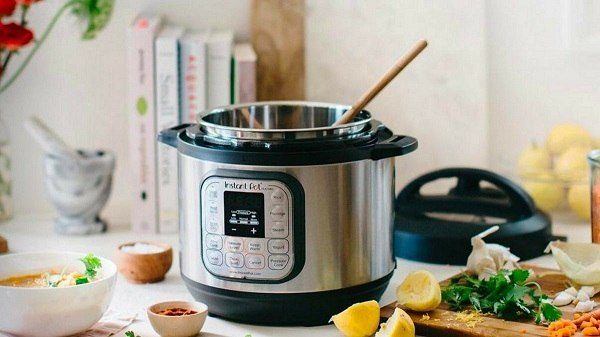 These cookers make use of pressure for cooking, and they will make some great tasting foods in a fraction of the time it would take other cooking methods.

With these cookers, it will only take 10 to 15 minutes for the pressure to build up which is significantly faster than the traditional stovetop pressure cookers, and once there is enough pressure, cooking the food is super-fast.

Instant pots are great for cooking vegetables, soups, rice and making other foods including yogurt, porridge and different kinds of meats, and they will be perfect when you want to prepare meals within a short time.

Also, they are more energy-efficient than air fryers and most other kinds of cookers and many models are programmable to make it easier to plan your cooking. And because the interior on most models is made from stainless steel, you will never have to worry about the health concerns that come with regular Teflon coatings.

But, given that these are still just pressure cookers, they will not be very safe to use, and mastering how to use one correctly will come with a steep learning curve. 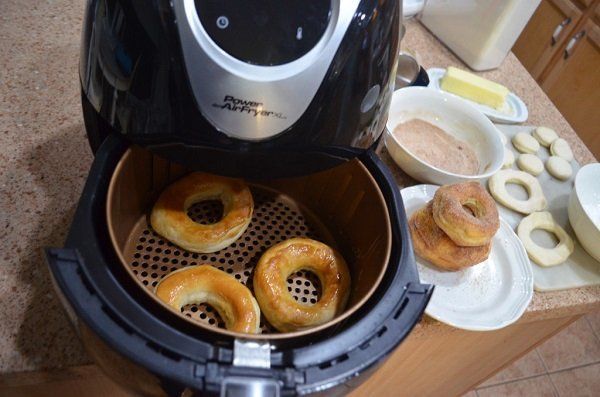 Fried foods can be addictive given their amazing taste, but the excess amounts of fats make them less healthy. However, air fryers are designed to allow you to get a healthier version of fried foods.

They work more like a convection oven, and they will heat the air inside and use a fan to blow it over the food to cook it. But this cooking method is much healthier given that it uses up to 80% less oil and some air fryer models will not even use any oil at all.

Unlike the instant pot, there is no pressure build-up required and unlike regular ovens, there will be no significant preheating time needed which means that the air fryers also cook quite fast.

These fryers are smaller and more compact which ensures they take up almost insignificant space in the kitchen, and they are more affordable when compared to instant pots.

Given that they were designed as healthier alternatives to deep fryers, one can easily assume that they are only good for frying. But, the truth is that they are way more versatile than this as they can also bake, grill and roast various kinds of foods.

The only thing that many users might not like is the food quality when compared to regular deep dryers as they will not provide the same great taste and the food will also not have the same crunchiness. And these fryers are also not very energy-efficient.

Both the instant pot and air fryers will cook relatively faster than the convection methods of cooking. But, their similarities probably end there are they cook using very different methods and will differ in several other aspects. Here are some of their key differences.

The cooking method that these appliances use is their main difference because while one uses wet heat the other will cook with dry heat.

Instant pots are just pressure cookers that are designed to use electricity instead of having to place them over a stovetop for the heat source.

The cookers will cook using wet heat and their work mechanism will involve heating water or broth inside a sealed container. The hot liquid then creates steam which unlike in regular cooking method is not able to escape since the container is sealed and hence causing pressure to build up.

The increased pressure then causes the food to cook much faster than in the traditional cooking methods and after coking, you need to release the pressure slowly before you can open up the instant pot.

Air fryers will cook food using dry heat, and they make use of one or several internal heating elements to heat the air inside. The hot air is then circulated over the food using powerful fans and cooks the food as it moves over it.

But what makes this cooking method special is that it can simulate deep-frying even with the absence of oil and hence leaving the foods with nice brown color and crispy exterior while keeping the interior moist and juicy.

Safety is many people’s number one concern when using any appliance, and it will be an even more important factor to consider when using instant pots and air fryers.

Given the cooking methods that these appliances use, it is clear that the instant pot poses a greater risk than an air fryer because if enough precaution is not taken when using one, the pressure can cause terrible accidents. However, the good news is that many instant pots will have several safety mechanisms to make them much safer.

But, the air fryer is also still not completely safe as many models come with various issues such as melting, overheating, excessive smoking and annoying plastic odors.

When it comes to versatility, both these appliances will be perfect as they are built to be ideal for cooking a huge variety of foods. But, they will also differ in what you can and cannot cook in them.

Many users find the instant pot relatively more versatile because unlike the air fryers, it has not just been built with frying as the main priority. Instant pots will typically be able to cook almost anything that you would cook with other convection cooking methods. And while it might not be able to deep-fry, it can still sauté.

Air fryers, on the other hand, are also fairly versatile. Besides frying foods, most modern models will be able to roast, bake and even grill different kinds of foods. But they will probably not be able to make yogurt which is a standard feature for instant pots.

The average cooking time with these two appliances will depend on various factors from the size to the brand that you are using. However, the instant pots will cook generally faster than the air fryers given that they use pressure.

Using a whole chicken as an example, a typical instant pot will cook it in between 20 and 25 minutes depending on the size, but it would take an air fryer around 75 minutes to cook the same chicken.

Instant pots are built for speed cooking and while air fryers will cook faster than the convection cooking methods, they are meant to be a healthier deep-frying option and not necessarily for faster cooking.

Portability will depend on the size of the appliance that you pick because both the instant pot and air fryers will come in various sizes.

However, air fryers seem to be the more portable of the two as the average air fryers will come in a more compact and space-saving design than the average instant pot.

Also, air fryers will not have any bulky components. Besides the smaller heating element and fans, the rest is often made from lightweight plastic materials. Like many other pressure cooker types, instant pots are often more heavy-duty which makes them heavier and less portable.

Ease of use is more subjective when it comes to these appliances. It will typically depend on how experienced you are with the appliance and also the model you buy since some manufacturers make their products super easy to use.

Generally, the air fryers tend to be much easier to use than the instant pots because with most models, there is nothing much to do besides plugging-in the machine, putting food in the pot and then choosing how you want it cooked (time and temperature). And most models will also only have one or a couple of dials.

With the instant pot, there will be a relatively steeper learning curve which is typical of any pressure cooker, but once you get the hang of it, things should get easier for you.

Given that the air fryers are the relatively newer of the two, one can rightfully expect them to retail for a little more than the instant pots. However, the price difference between the two is often not very big.

Both will have models that start at around $50 and go all the way up to hundreds of dollars. And in many instances, the price differences between them will be between $10 and $50 depending on the size you are buying.

Besides the size, other factors like the brand you are buying from and also where you are buying the appliance will also often influence what you end up paying.

Instant pots and air fryers are two appliances that any home cook that wants to make meals faster or is just looking for a way to make cooking more efficient needs to have around.

Because they are quite different if you can afford to buy both, the better, as they will come in handy for cooking different foods. However, if you just have to pick one, it will be crucial to keep in mind the differences between the two highlighted above.

From these differences, the instant pot is your best bet if you are looking for a more versatile appliance that also cooks much faster. The air fryer, on the other hand, will be perfect for those looking for a healthier way to make fried foods and want an easier appliance to use.