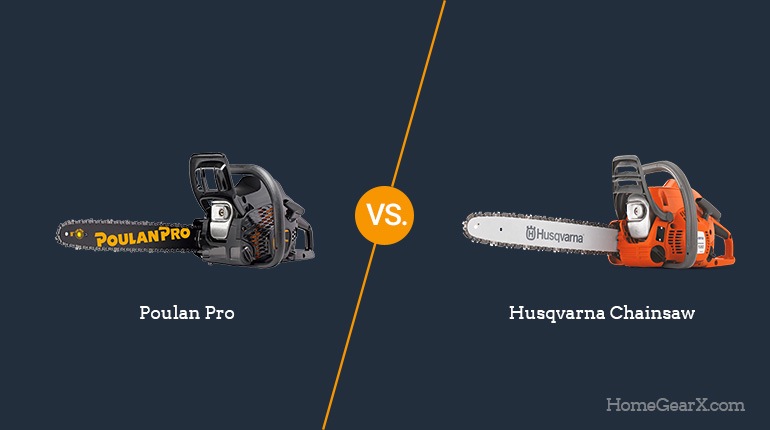 For many chainsaws users, the hunt for a good tool always starts by deciding what brand to buy. When choosing a chainsaws brand, it is easy to get stuck between two top names like Poulan Pro and Husqvarna.

Both brands are famous for making some heavy-duty chainsaws that deliver in all aspects from cutting efficiency to durability. However, to choose between the two, you have to understand how they stack up. Here we compare the two top brands side by side to help make this clear. 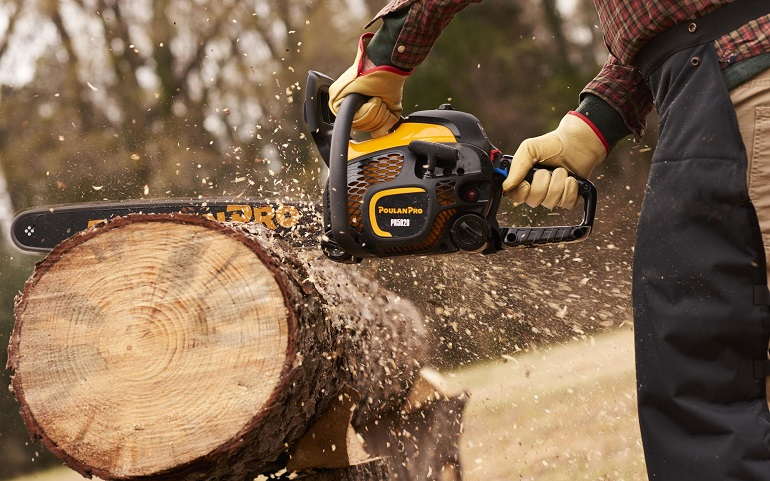 Poulan Pro is an American power tool manufacturer that has been in the business for over 70 years. The company started its operation back in 1946 in Louisiana, where it was founded by Claude Poulan, which explains where it gets the name.

The company started by making two-person chainsaws that were super heavy and could only be handled by two people. However, in the 1950s, they started making a series of highly innovative one-person chainsaws, and they became a very popular brand among loggers.

Many loggers often prefer the Poulan Pro brand for offering professional-grade chainsaws at a more affordable price tag. Also, most of their chainsaws are famous for delivering higher fuel efficiency and keeping emissions down.

Although they have a broad catalog of products, most of their chainsaws fall into two lines: gas and electric, with the former being their most popular line. 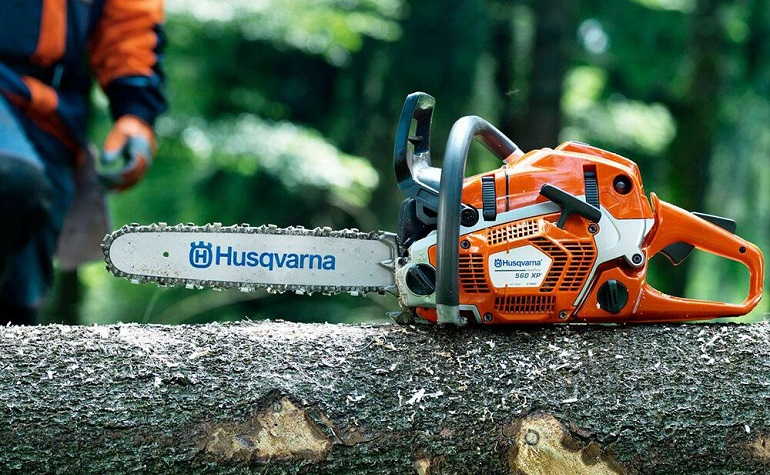 Husqvarna has been around much longer than Poulan Pro. The Swedish company started operation back in 1689 but was into the manufacture of weapons and not power tools. But, over the centuries, it has slowly transitioned into making outdoor tools.

The company now has a vast product catalog that includes everything from lawnmowers to some of the most heavy-duty chainsaws in the market. Husqvarna gets its global reputation from the fact that they always make incredibly durable products. It is a very popular brand with professional loggers as the power and quality of their chainsaws is hard to beat.

Besides making a line of chainsaws that cater to the professional loggers, Husqvarna still has many other product lines for different market segments. They have both gas and electric chainsaws (corded and cordless). What’s more, they have other categories of products such as casual, all-round and tree care chainsaws.

Husqvarna is famous for making some of the most powerful professional-grade chainsaws in the market, and their 455 Rancher is up there with other top-performing models from the brand. This chainsaw runs on a powerful 55.5cc, 2-cycle engine that delivers up to 3.49 horsepower.

With the powerful engine on the 455 Rancher, there is hardly any chainsaw job that you cannot tackle whether you are felling a large tree or want to cut some old hardwood logs into more manageable pieces.

The Poulan Pro PR5020 still does not disappoint as it is one of the most powerful chainsaws from the brand, and it is also meant for professional use. Although its 50cc, 2-stroke engine is not as powerful as what you get on the 455 Rancher, it is still very ideal for heavy-duty use.

It is also worth noting that the Poulan chainsaw seems to make up for what it lacks in power by providing up to 70% less emission, making it fantastic for environment-conscious users.

Poulan Pro seems to have an edge in fuel capacity because despite their chainsaws having a smaller engine, they provide a larger tank. Poulan Pro PR5020 has a 15 fluid ounce tank capacity to ensure you get fewer refills than when using the 455 Rancher.

The Husqvarna 455 Rancher has a relatively smaller 14.4 fluid ounce fuel tank, meaning you will need to refill it more often. For some jobs, this can mean longer delays due to the downtimes that come with frequent refills.

Besides the larger fuel tank on the Poulan Pro chainsaw, it has OxyPower engine technology that is what reduces the emissions and ensures you use up to 20% less fuel. Hence, with this chainsaw, you can be sure of cutting much longer before refuelling.

There is hardly any chainsaw out there that can claim to offer a completely noise-free operation, but the noise level differs significantly from one model to the other. That said, Poulan Pro seems to have quieter chainsaws than Husqvarna.

From our comparison, the Poulan Pro PR5020 has a noise rating of 102 dBA, which is quieter than the average for most chainsaws in the market, which is at least 106 dBA. While you will still need to wear ear protection when using this chainsaw, there is less pressure on your ears.

Husqvarna 455 Ranger is a much louder chainsaw with a noise rating of around 112 dBA. But, while it makes more noise than most chainsaws out there, this is because of its more powerful motor.

4. Weight and Dimensions: Poulan Pro PR5020 is a Smaller Chainsaw

Both Husqvarna 455 Rancher and Poulan Pro PR5020 are relatively compact, going by the standard chainsaws sizes. However, the Husqvarna chainsaws are slightly more compact and also weigh much less.

The 455 Rancher dimensions are 16.7 x 8.8 x 11.8 inches, and it weighs around 12.8 pounds. This means it will be a relatively more portable chainsaw for carrying and using in different job sites. You can also hold it for extended periods with minimal hand fatigue.

On the other hand, Poulan Pro PR5020 measures 12 x 16 x 11.8 inches and weighs 17 pounds, making it a bulkier tool. However, its weight and size are still manageable, and they are perhaps due to the larger fuel tank.

Poulan Pro and Husqvarna are two chainsaw brands you can never go wrong with as they make some of the best chainsaws in the market. When it comes to choosing between them, personal preferences often prevail.

However, if you are looking for a powerful chainsaw for heavy-duty use, the Husqvarna chainsaws like 455 Rancher are a fantastic choice. For those who prefer something that is more fuel-efficient, produces minimal emissions and runs quieter, you are better off with Poulan Pro.