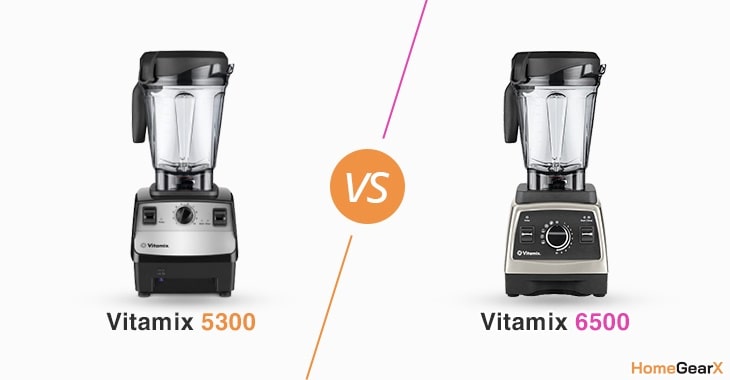 Vitamix is one of the most reputable blender manufacturers and they have several good models in the market with new ones coming into the market now and then. But their model 5300 and 6500 are two of their best-selling and most popular options.

Given the model number, one can easily assume that the 6500 is way more advanced than the 5300, but when you get to choose between the two, you will be amazed at just how similar they are which makes the choice a harder one.

The two blenders are similar not only in appearance but also in other things like the horsepower and also weigh the same.

And while you will still be okay regardless of what you choose, below we provide a breakdown of their differences and similarities to help you make an informed choice.

Table of Specs and Features

While the Vitamix 5300 and 6500 might look alike, they actually have some distinctive traits and features that set them apart, and for most users, they will be the basis for their buying decision. Here are the key differences between the two blenders.

The controls are one of the most important parts of a blender and also what many buyers pay most attention to when shopping as they determine the appliance’s ease of use.

Generally, both the 5300 and 6500 have quite some straightforward controls that will make blending your foods faster and easier as there is nothing complicated to figure out.

The interface on the blenders is quite intuitive, and it will include a 10-speed variable speed knob that will allow users to choose from different speed settings. Also, both blenders have a pulse button which is always a must-have in a blender.

The point of departure when it comes to the controls is that the Vitamix 6500 also includes 3 pre-programmed settings which the Vitamix 5300 does not have. The three buttons are for hot soups, frozen desserts, and smoothies.

With many home appliances, everything including the color and finish always matters a lot because we all want something that will complement our kitchen décor and not look out of place.

Nobody seems to understand this better than Vitamix because all their blenders always come in some nice colors and with a fantastic finish. The Vitamix 5300 and 6500 both look amazing and also come in delightful colors.

Given that the 6500 is meant to be an upgrade of the 5300, it is obviously more expensive than the latter.

Depending on where you are buying from, the price difference is high enough that buying the 5300 instead of 6500 would leave you with enough money to buy at least one regular brand blender.

But the extra bucks you pay for the Vitamix 6500 will be worth it because besides getting more color choices, you also get the 3 handy pre-programmed settings. 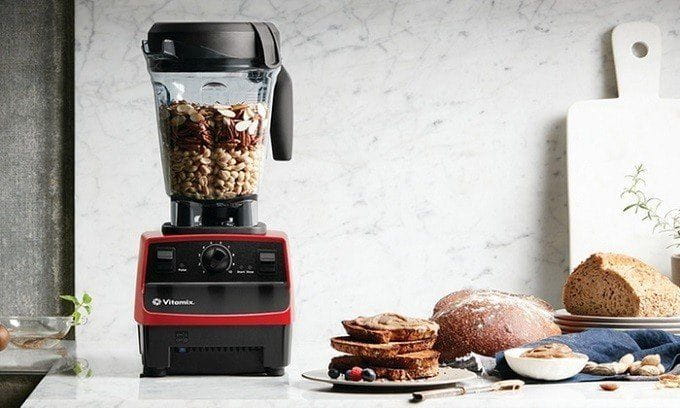 The Vitamix 5300 and 6500 have more in common than they are different, and this is what makes it hard for many buyers to tell them apart. Here are some of the key similarities between the two top-notch blenders.

While the Vitamix 6500 is a more powerful blender than its predecessor which is the 6300, it generates the same amount of power as the 5300.

Both blenders will provide a peak power of 2.2 horsepower which means both can crush hard objects with ease and faster than many low power models.

But both blenders do not have the high-quality motor casing that you get on other high-end blenders. Hence, the high power output means that both will be quite loud.

The pitchers on the 5300 and 6500 are designed to make up for the shortcomings of other previous Vitamix models such as the 5200 which had a pitcher that was too tall to store comfortably under a cabinet.

These blenders will come with a shorter and low-profile 64-ounce pitcher that will make your blender super easy to store when not in use as it can fit easily under any standard size kitchen cabinet.

Also, keep in mind that like with most other Vitamix blenders, you can still get smaller pitchers that will fit both models if you still find what you get larger than what you need.

Nobody wants to end up with a blender that has a short cord as it is very restrictive because you can only use it close to the power outlet.

With both the Vitamix 5300 and 6500, this will hardly be a concern as both come with a 6-foot long cord which for a blender is good enough and will make things much easier for you as you can use it from anywhere in the kitchen comfortably.

Given that everything from the size of the motor to the pitcher is the same, it should also be obvious that these blenders weigh around the same weight.

Both are around 11.95 pounds, and while they are typically heavier than regular blenders, the few extra pounds are a good indication of quality. But, at a little under 12 pounds, they are still highly portable and easy to handle for most users.

Both blenders are not dishwasher safe but cleaning them will still not take a lot of effort. All you will need to do is add some water and dish soap to the pitcher and run it in the low-speed setting.

This should only take a few minutes, and better yet, both have a wide enough pitcher base to allow you to clean them easily by hand.

Your choice between Vitamix 5300 and 6500 should not give you a lot of trouble because you can be sure that regardless of what you pick, you will end up with a top-notch quality blender from a highly reputable brand.

However, the decision should mostly be based on your personal preferences and budget because the two differ in very few aspects.

If you are looking for a more affordable choice, the Vitamix 5300 is your best bet as it will save you at least a hundred bucks.

But, if you want something that also offers pre-programmed settings for hot soups, frozen desserts, and smoothies, gives you more color choices and do not might spend some extra cash, go for Vitamix 6500.